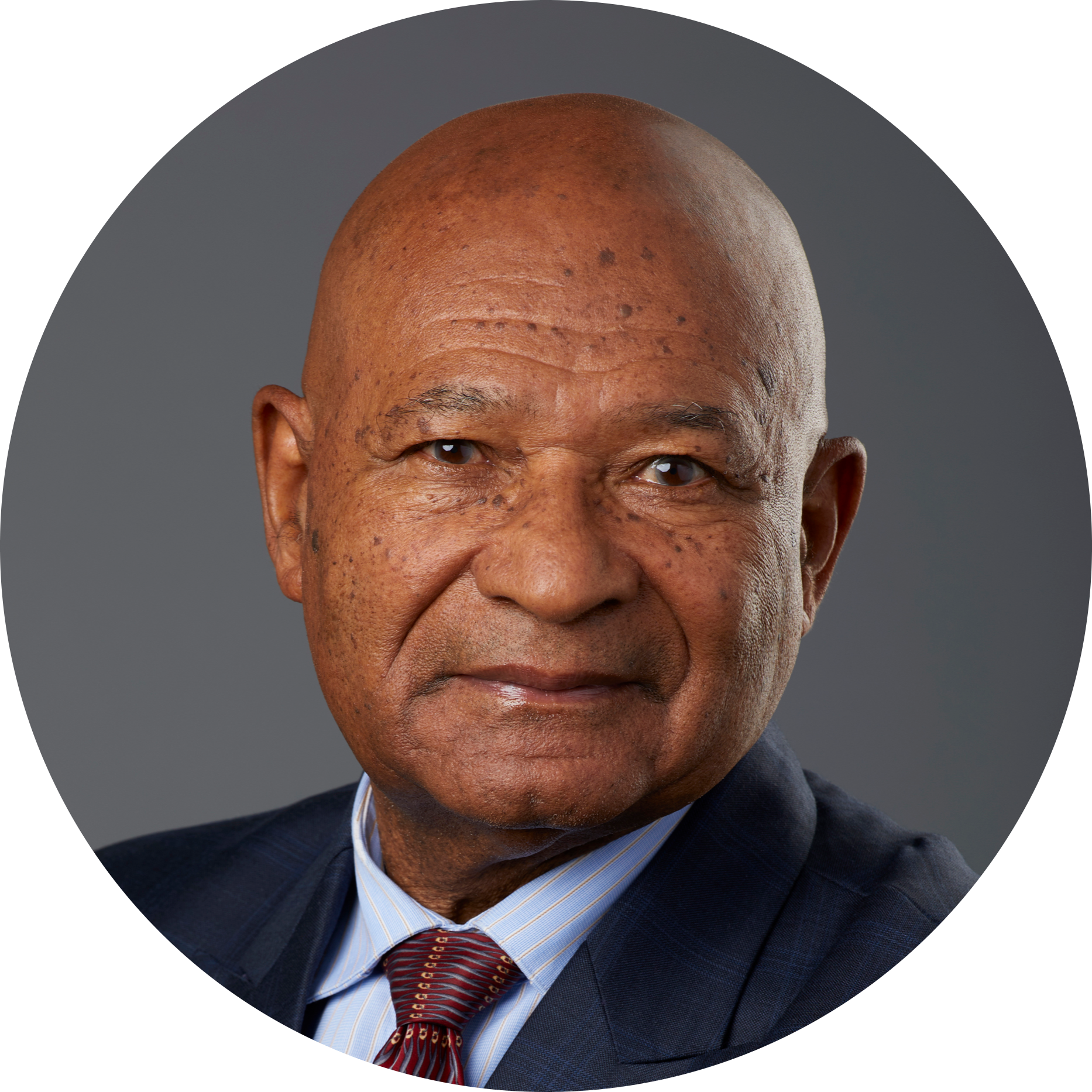 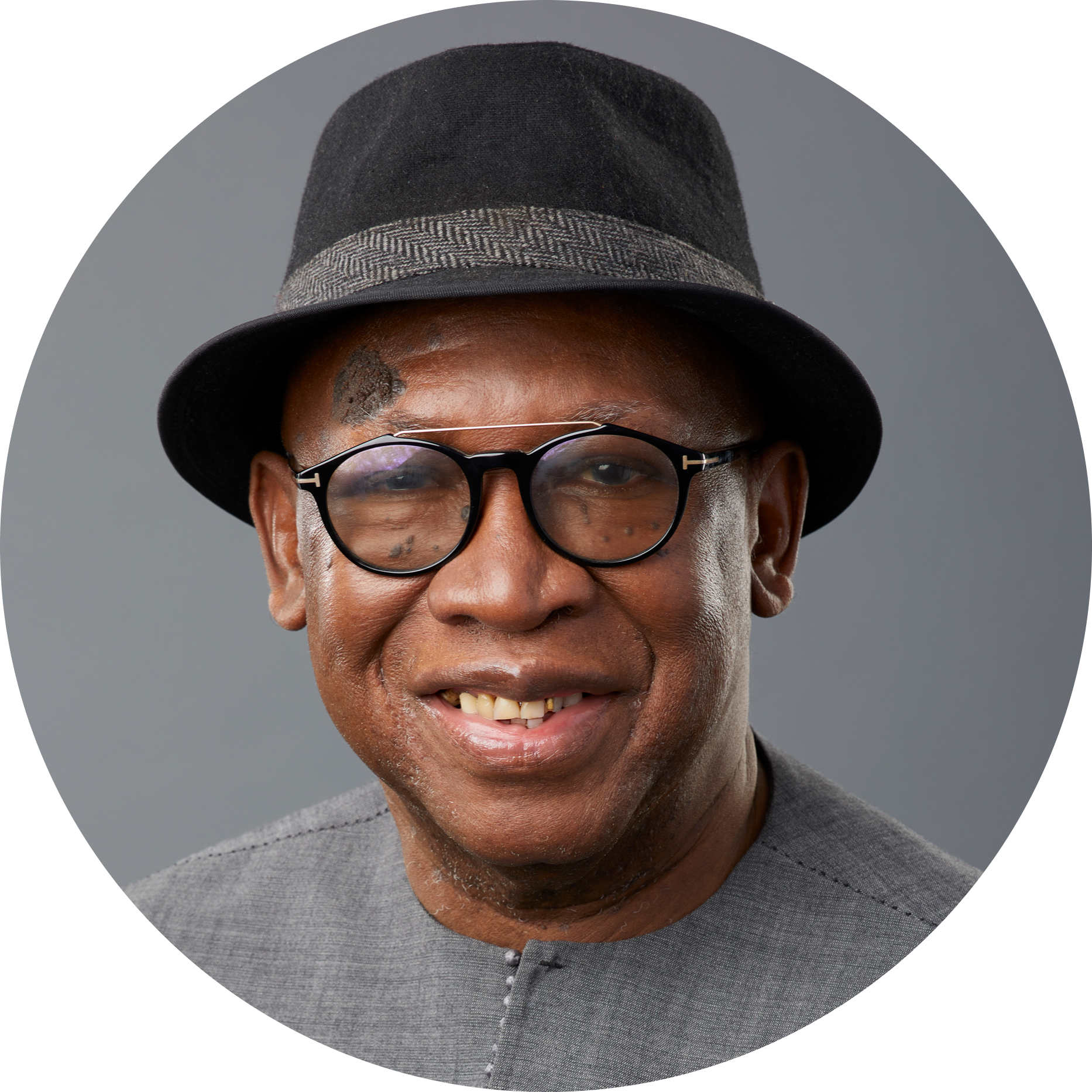 Dr Abdoulie Janneh is currently Executive Director at the Mo Ibrahim Foundation based in Dakar, Senegal, a role he has held since 2012. He is the former UN Under-Secretary-General and Executive Secretary of the Economic Commission for Africa (ECA) (2005 – 2012). Prior to this, he served as Assistant Secretary-General and UNDP Regional Director for Africa, in charge of managing UNDP’s largest Regional Bureau, covering 45 countries in sub-Saharan Africa with a complement of over 1,500 (2000 to 2005). Earlier in his UNDP career, he was Resident Coordinator and Resident Representative in Ghana (1996-1999) and Niger (1993-1996) and Deputy Executive Secretary of the United Nations Capital Development Fund (1990-1993).

Mr Janneh is an active player in promoting African development and responding to the continent’s national and regional priorities. Throughout his career, he has been an active player in enhancing partnership-building for Africa, aiming to mobilise support and build inclusiveness for shared development objectives. He has established and maintained high level partnership with programme and donor governments, the private sector, civil society and national, regional and international organisations. He has also written articles on African development and delivered policy statements and keynote speeches. He was member of several advisory panels of organisations on Africa’s development.

Mr Janneh remains engaged in supporting the African Union Agenda 2063 vision, NEPAD, the African Peer Review Mechanism and the climate change agenda. He is chair of the African Governance Institute and serves on the Boards of the Coalition for Dialogue on Africa (CoDA), AO Alliance Foundation, Global Integrity, International Lawyers for Africa (ILFA) and is a member of the Africa Forum of Former African Heads of State , amongst others.

Mr Janneh, a Gambian national, has extensive international and Africa experience and is fluent in English and French. 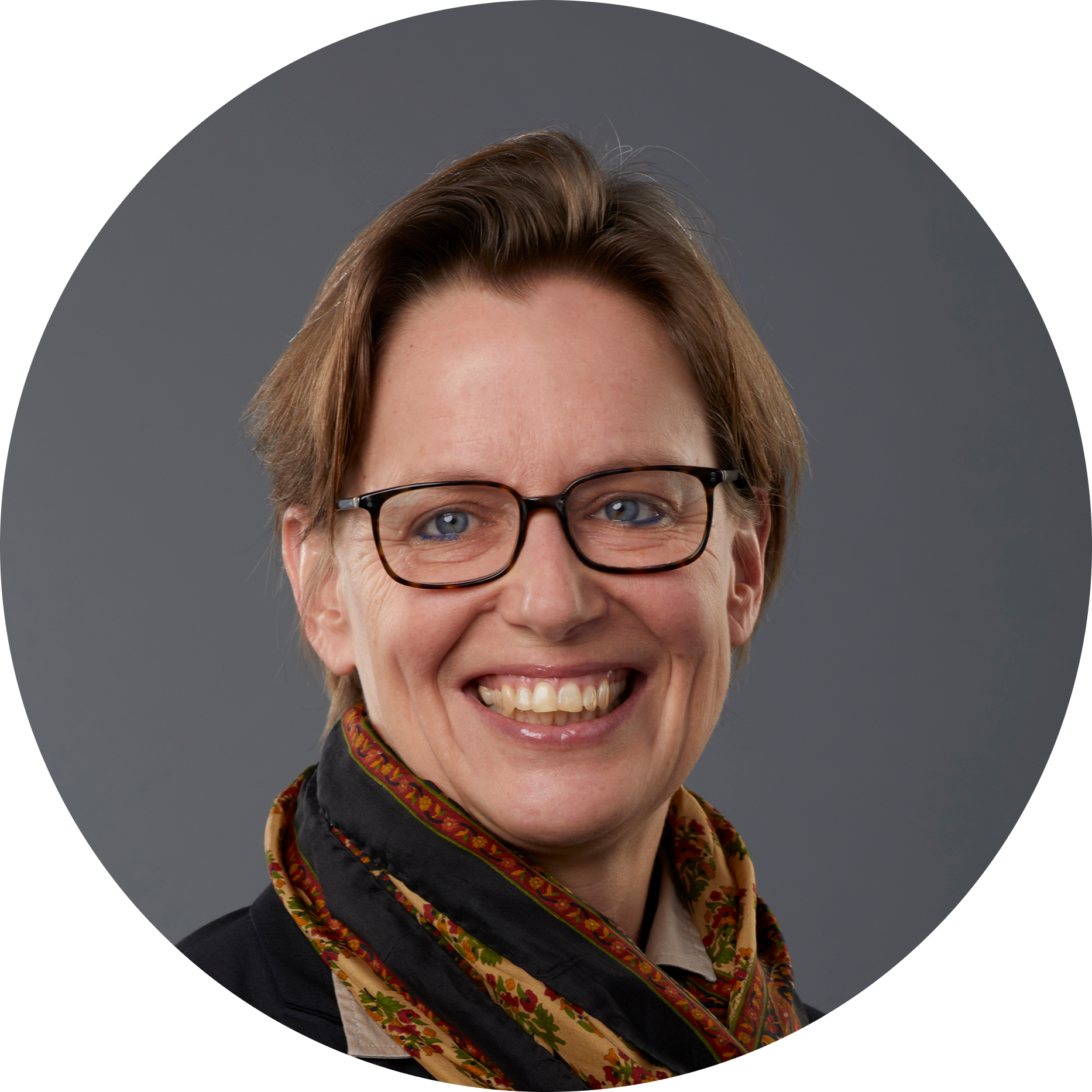 Barbara Schnell has been with KfW since 2001. She has worked in various positions in international project and export finance, corporate strategy as well as development finance.

Prior to her current position as head of the Sector Policy Department, which she has been holding since 2018 she headed among others a division responsible for Financial and Private Sector Development in Asia for a number of years.

Prior to her career with KfW Ms. Schnell worked as analyst and loan officer for J.P.Morgan and Dresdner Bank in New York and Frankfurt respectively.

Ms. Schnell holds a Master degree in Business Administration from the Rotterdam School of Management, Erasmus University, the Netherlands. 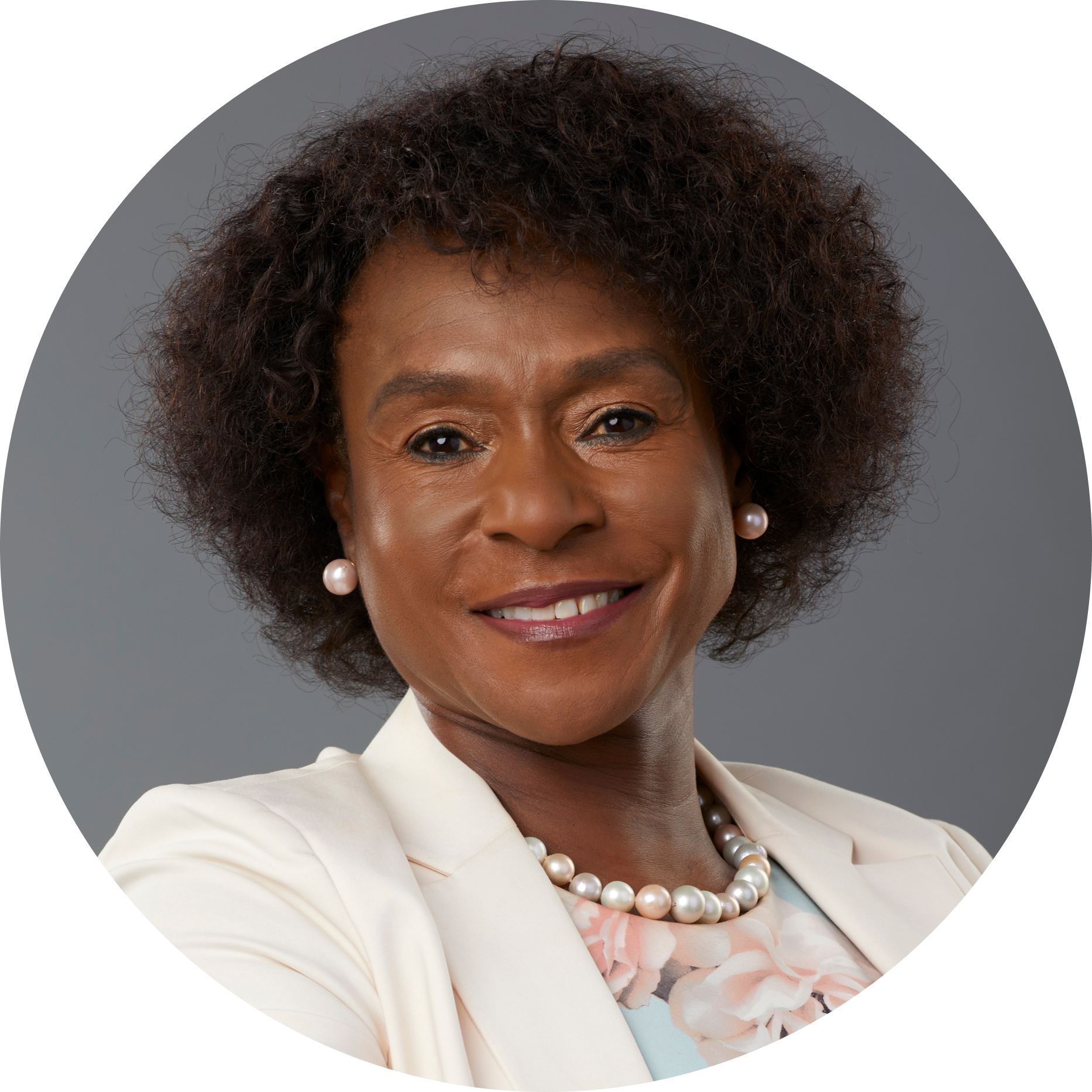 Dr Muradzikwa is a decorated insurance executive with 37 years practicing experience in the insurance sector. She was a member of the co-founding team that established the Zimbabwe Reinsurance Corporation in 1984, with the support of UNCTAD. She became the first black woman to list and head a publicly traded company (NicozDiamond), a position she held till her departure in February 2019.

Dr Muradzikwa was appointed Commissioner of Insurance, Pension and Provident Funds, with the responsibility of regulating and supervising the insurance and pensions industry in Zimbabwe in June 2019, a position she currently holds.

She has received many awards, including CEO Global Regional Titans Award (2017) and Megafast Outstanding Top 20 Woman in Business of the Year 2020. Dr Muradzikwa was also named the Business Connect Iconic Woman of the Decade in 2021. 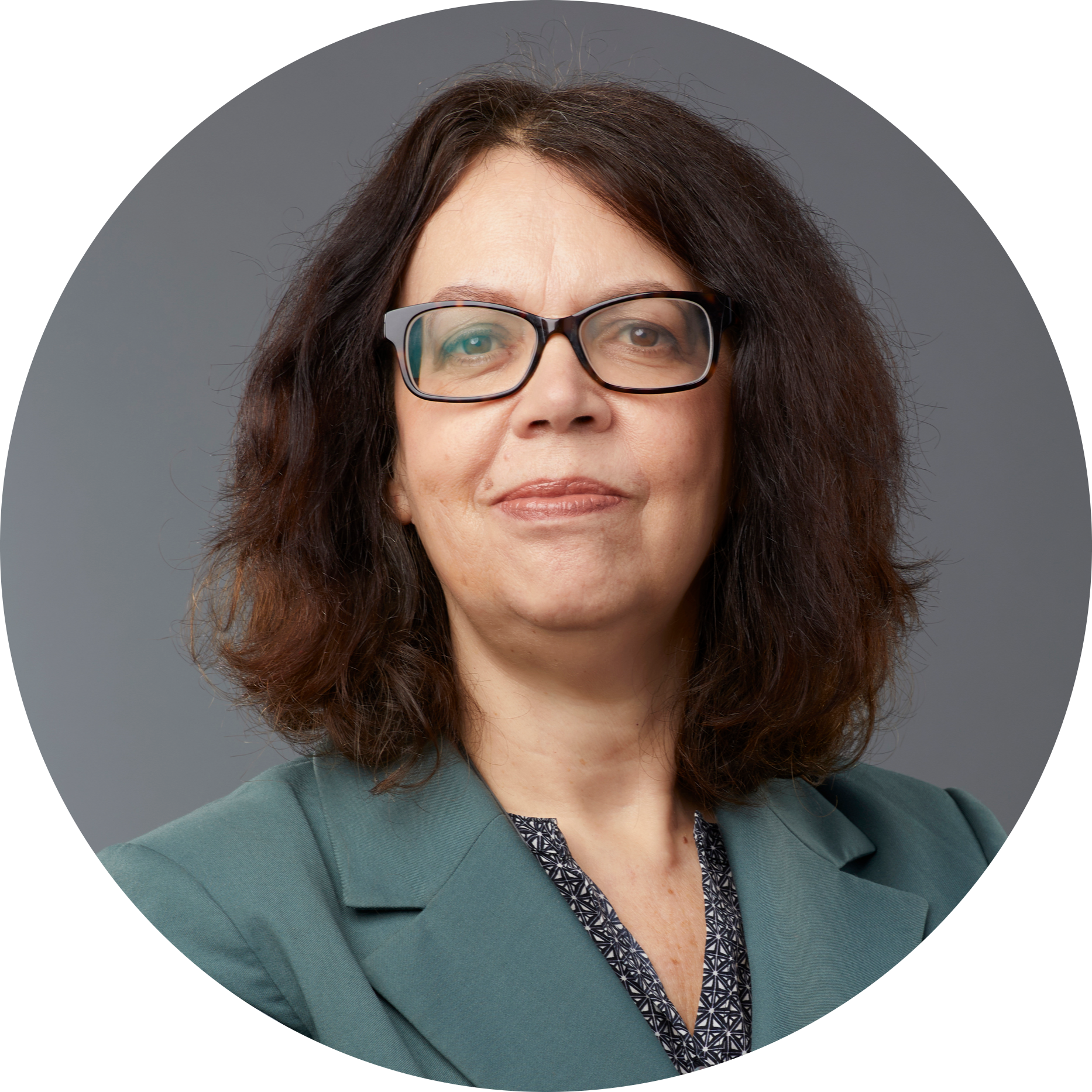 Rachel Turner is the Director of International Finance at the Foreign, Commonwealth and Development Office. Previously she has also served as the Director for Economic Development, and before that Director East and Central Africa, overseeing DFID’s programmes in Ethiopia, Kenya, Rwanda, Somalia, Sudan, South Sudan, Tanzania, and Uganda. She has over 20 years of development experience in low and middle income countries of Africa and Eastern Europe. She has headed the DFID office in Mozambique and with her experience of managing DFID’s relationships with global financial institutions, she has a strong understanding of public and private sector development issues and wide involvement with the multilateral and bilateral development architecture. 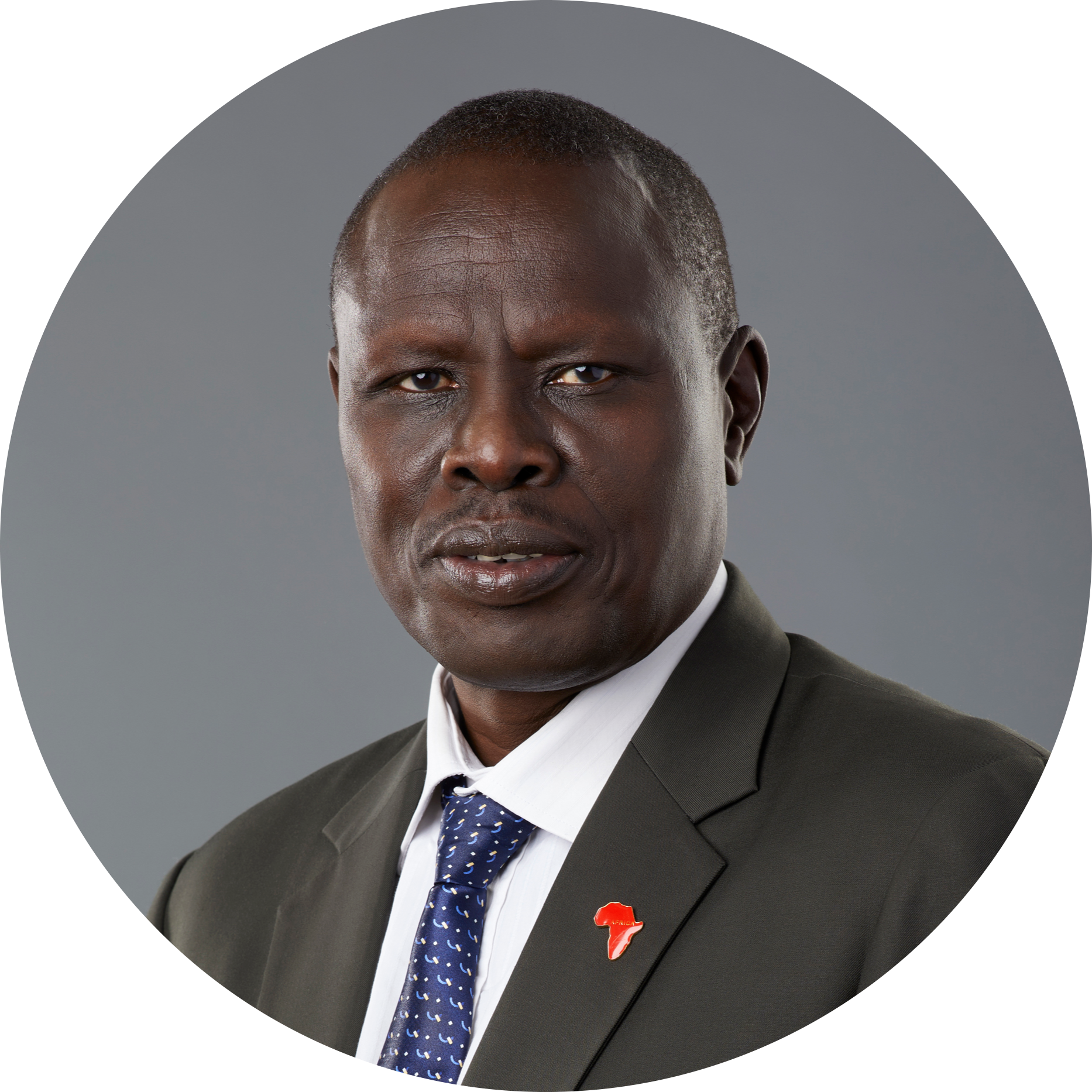 Dr. Laila B. Lokosang is a national of South Sudan. Until recently he served as Senior Advisor for Food and Nutrition Security in the Comprehensive Africa Agriculture Development Programme (CAADP); a flagship of the African Union.
Before moving to the AU Commission in 2012, Laila served as Director for Monitoring and Evaluation in the National Bureau of Statistics, South Sudan.

Prior to this, he served in Sudan and Malawi as Management Information Systems Specialist, specializing in health information and surveillance, livelihoods analysis and disaster preparedness and mitigation. His professional career spans 34 years. An alumni of the University of KwaZulu-Natal (South Africa), University of Reading (UK) and the University of Juba (South Sudan), Laila holds a PhD in Statistics, Master of Science in Biometry and Food Security and Bachelor of Science in Statistics. He has published a number of peer reviewed articles in food security and livelihoods resilience and nutrition. His main research interests include food security and nutrition measurement and applications of statistical methods in food security, nutrition and public health. 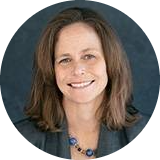 Dr. Dunford, a national of the United States of America, has held senior level leadership positions in the US government where she managed large and complex programs, working with the private sector, civil society, and multilateral and bilateral institutions, as well as with African governments, to deliver agricultural, social and human development impact at scale.

Dr Dunford also worked as the Assistant to the Administrator in the U.S. Agency for International Development’s (USAID’s) Bureau for Resilience and Food Security, as well as the Deputy Coordinator for Development for Feed the Future, the U.S. government’s global hunger and food security initiative. In this dual role, she coordinated Feed the Future across multiple U.S. government agencies, oversaw $1 billion annual budget and leveraged millions of direct private sector investment annually. In this capacity, she also coordinated $2.3 billion Feed the Future presidential initiative across 11 U.S. government agencies and forged partnerships within the private sector and civil society targeted at reducing hunger and poverty. She also led USAID’s technical and regional expertise focused on improving agriculture-led growth, resilience, nutrition and water security, sanitation and hygiene.

She is currently the Vice President, Agriculture, Human and Social Development for the African Development Bank. 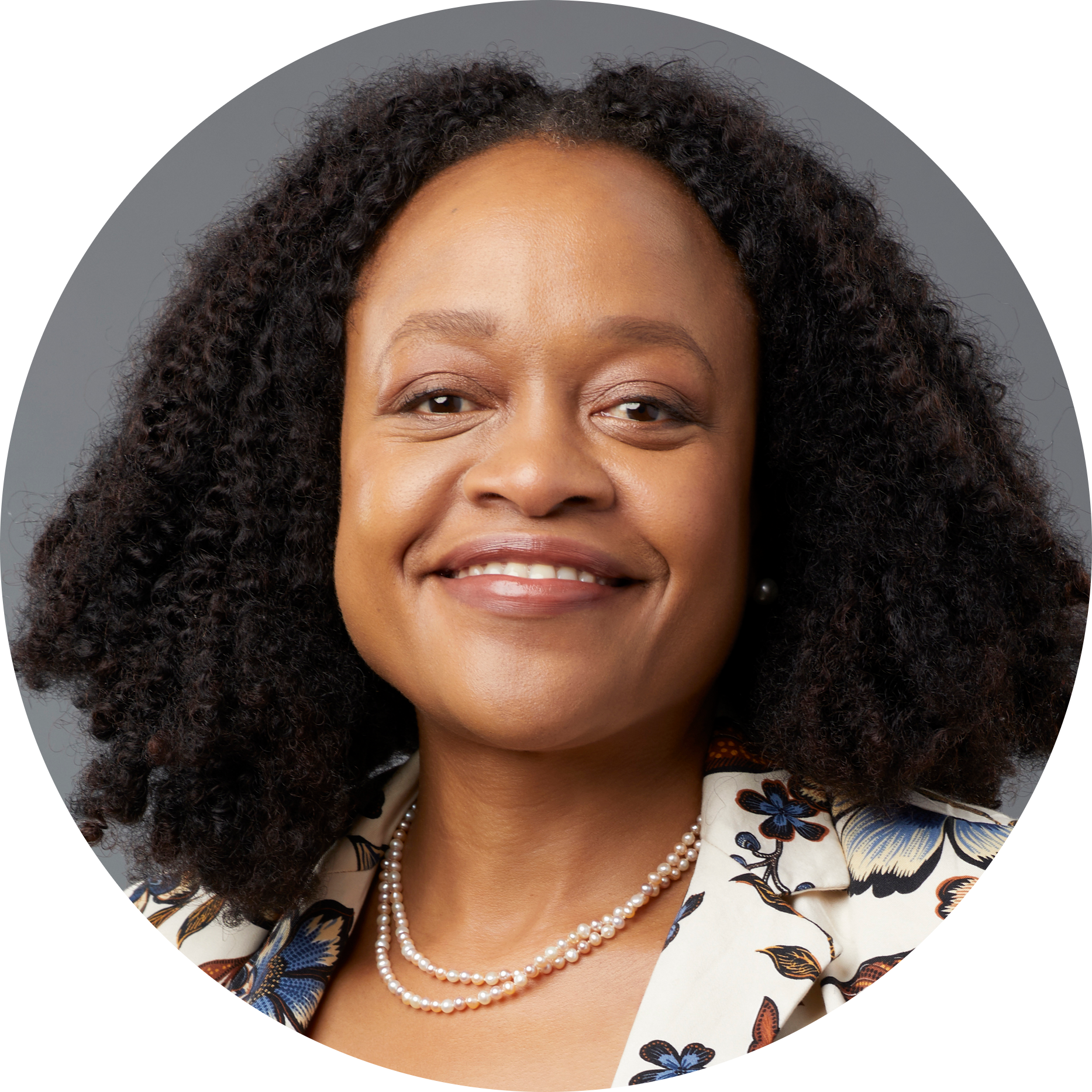 Sara Mbago-Bhunu is the Director of lFAD’s East and Southern Arica Division. Mbago-Bhunu brings to IFAD rich work experience spanning more than 20 years in the agriculture sector across Central, East and Southern Africa. She has worked on agriculture policy and sector reviews, value chain development, access to agricultural finance, social enterprise models and the promotion of small and medium-sized enterprises in peri-urban and rural areas. She has also led and managed teams in other development organizations in the design of development projects and capacity-building programmes. Prior to joining IFAD, Mbago- Bhunu worked at the World Bank as a Senior Agricultural Economist for the Central African Republic, the Democratic Republic of the Congo and the Republic of Congo, based in Kinshasa.

From 2013 to 2016, she served as Country Director for SNV-Netherlands Development Organisation in the Democratic Republic of the Congo. Mbago-Bhunu holds a Masters in Business Administration from Maastricht School of Management, Netherlands, and a BSc in Agricultural Economics from the University or Reading, United Kingdom. 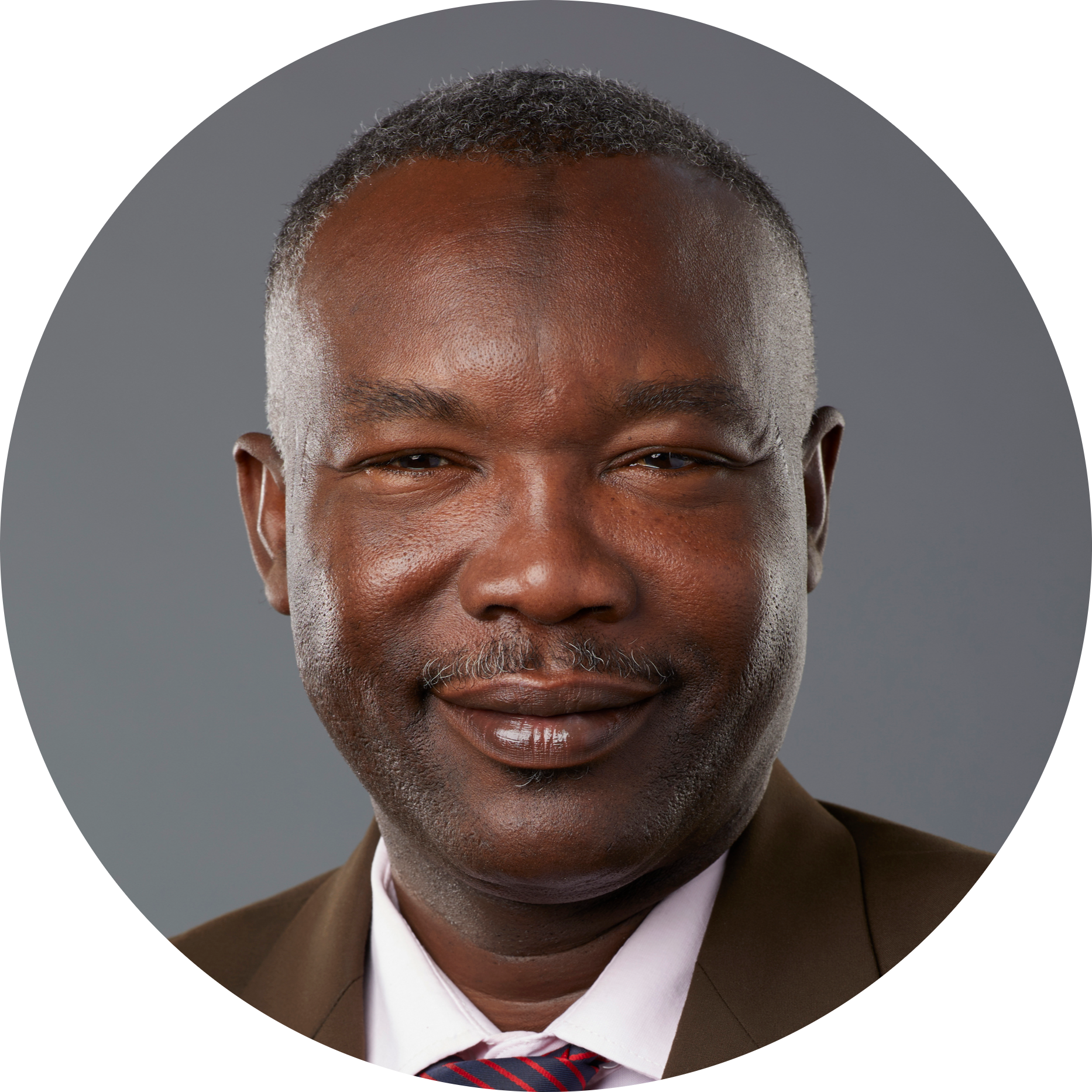 Leading Regional Horn of AFRICA Resilience team with UN agencies under The Resilience Analysis Unit (RAU) as Coordinator with successful two regional resilience and consultative forums in both Khartoum and Kampala dealing with micro insurance and risk transfer.  Great knowledge with the Horn of Africa Political dynamic, Member of Core IGAD Team participated in Financing Development Conference in Addis Ababa. Presenter of Commodity Outlook within the Context Greater Horn of Africa Climate Outlook Forum (GHCOF). The Addis Ababa Action Agenda was the outcome of the 2015 Third International Conference on Financing for Development, held in Addis Ababa, Ethiopia. It was adopted by heads of state and government on 15 July 2015.

Dr. Saif attended and presented numerous of papers in international and regional conferences and workshops including the Series of Pan- African Conferences and presentations on development thinking in the context of structural transformation. Being a member of the NEPAD core continental committee as expert and IGAD representative drafted the Communique and the Outcome Document on the African position within the context of Second High- Level Meeting of the Global Partnership for Effective Development Co-operation (HLM2) that was held Nairobi, Kenya in 2016. 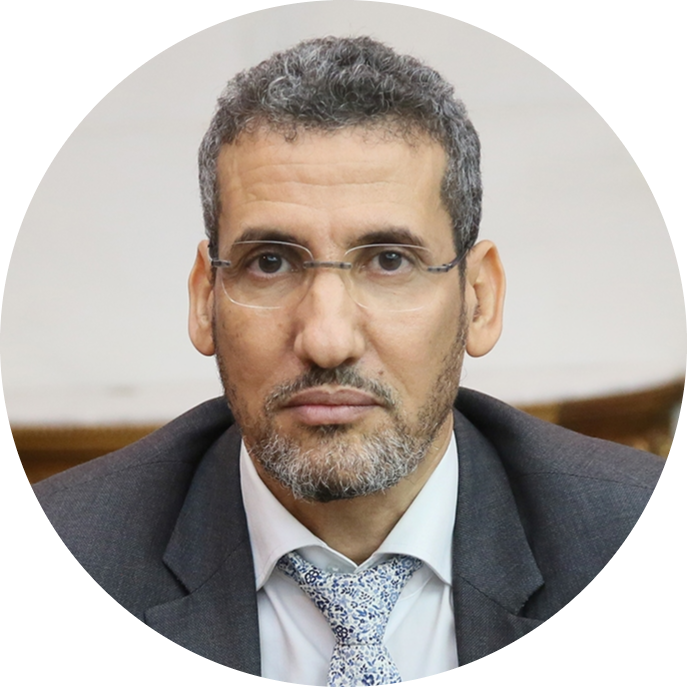 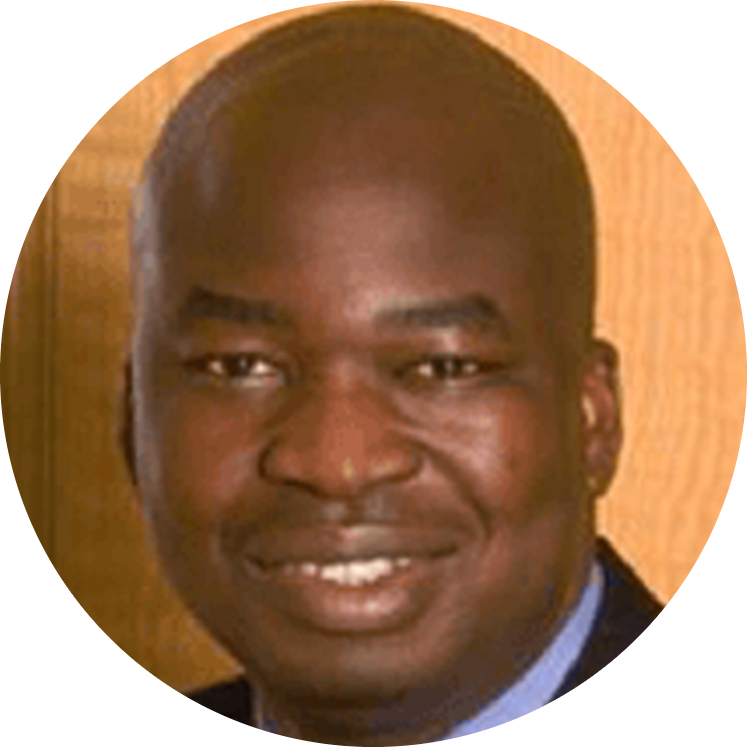 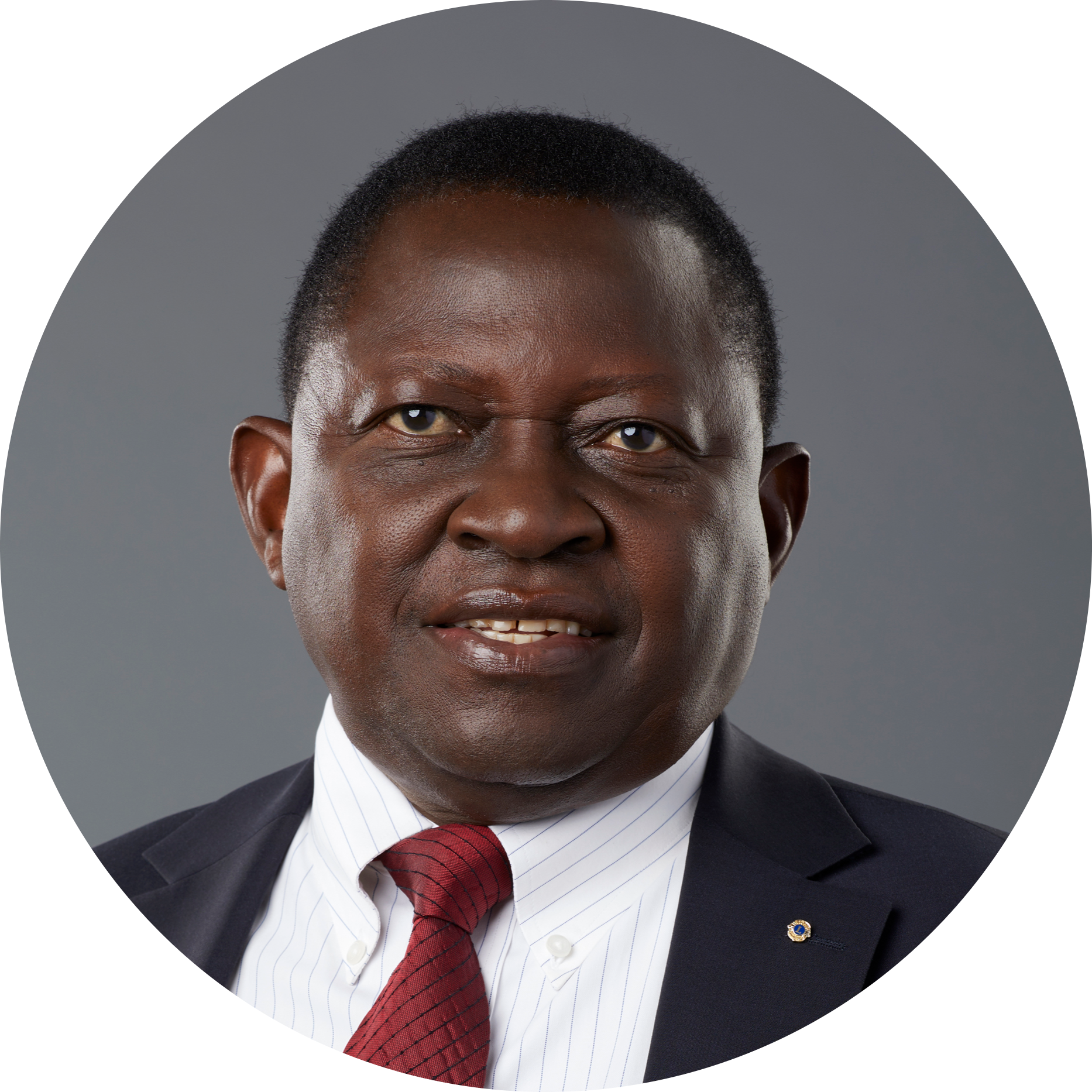